The Wealden Woods free range farm comprises approximately 96 hectares (237 acres) of agricultural land outside the hamlet of Chainhurst. It is approximately 2km north of Marden, 1.3km south east of the village of Hunton and 2.2km south west of Linton.

The site is not part of an Area of Outstanding National Beauty nor is it part of the Greensand Ridge landscape of local value.

Sitting well in the landscape

We have chosen the location and orientation of the three poultry houses to follow the contours of the site, helping them to sit within the landscape to provide high quality ranges and to be unobtrusive.

Significant tree and woodland planting on 20 hectares of the site would screen the three poultry houses. The proposed buildings would be timber clad with green coloured roofs, making them agricultural in character, and as unobtrusive as possible.

The Wealden Woods site is bounded to the north by the River Beult, and to the west by Hunton Road. Beyond the southern and eastern boundaries, the land is used for agriculture.

The central and western parts of the site are in active arable use with individual fields divided by hedgerows and tree belts. There are a further two arable fields to the east of the site, with the remainder in pasture in addition to two fields to the north adjacent to the River Beult’s Site of Special Scientific Interest (SSSI).

The UK’s largest independent agricultural and environmental agency, ADAS, has predicted the change of use will lead to a net reduction in the amount of phosphorous and nitrates being deposited on the land. View summary.

There are two blocks of woodland, one located centrally bisecting the site east and west in addition to a small block of woodland located in the southern part of the site and designated as ancient woodland. The ranges will not extend into these areas and Wildlife Corridors have been created to enhance the biodiversity of the site.

External lighting of the buildings will be restricted to the entrances and exits and to emergency lighting.

A range of sustainable drainage systems would be used to collect and discharge clean rainwater in a way that mimics the natural drainage catchment of the site, and will include a series of attenuation basins fitted with hydrobrakes. Any water arising from internal areas would be collected and removed from the site.

There are two public footpaths running through the site. Due to the need to maintain strict bio-security Fridays would seek to divert those public footpaths around the outside of the ranges, which will be the subject of a separate application.

It is also proposed to create a new publicly accessible Wealden Woods riverside walk alongside the River Beult through that separate application. 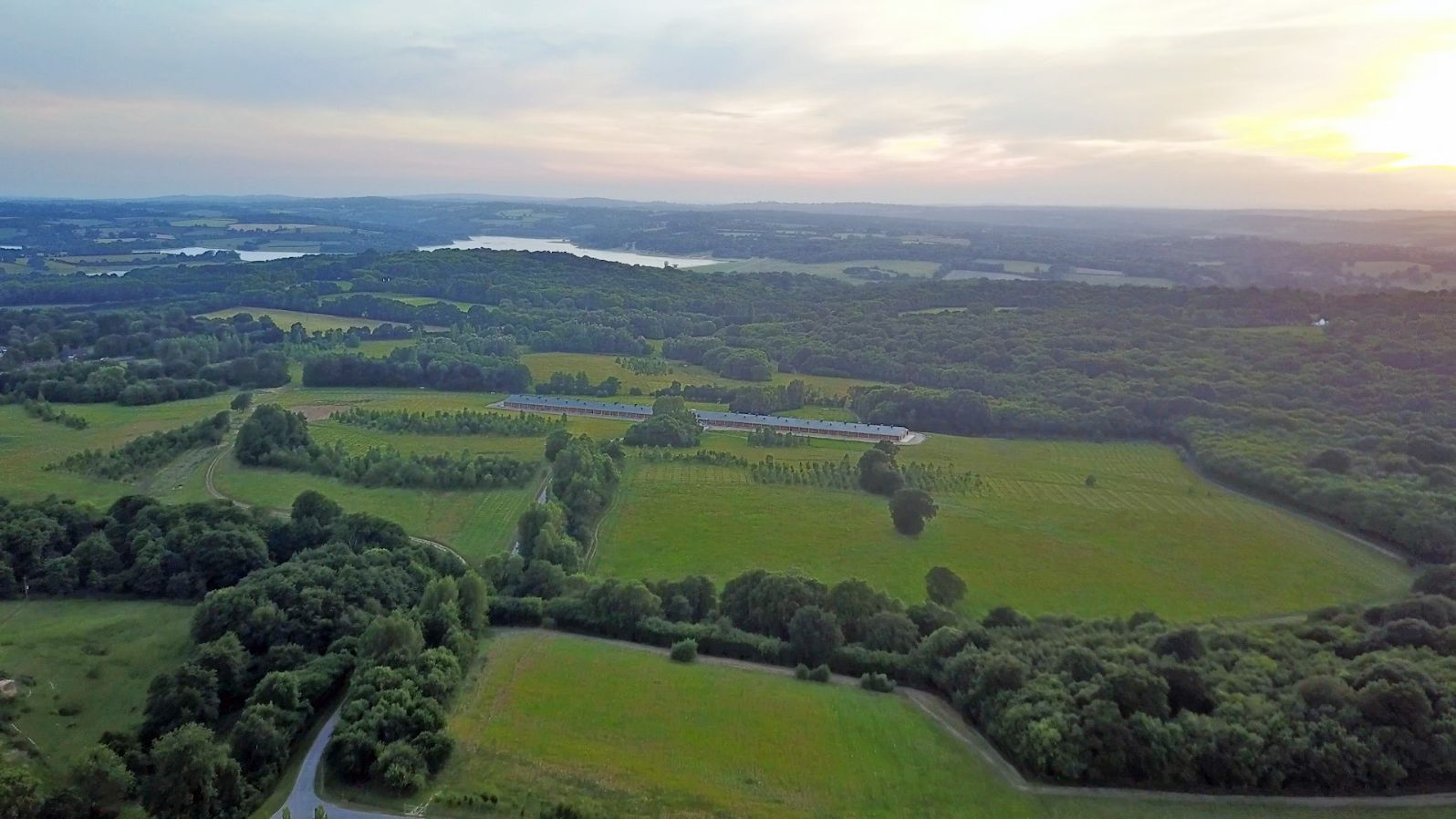